Bharti-Future merger: Win win for both 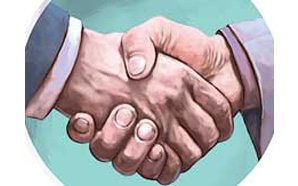 The merger of Bharti Retail with Kishore Biyani's Future group is expected to be a win-win proposition.

According to reports, the Mittals of the Bharti group are expected to receive minority stakes in the combined entity or in the Biyani-promoted holding company.

"Bharti will have an assured back-end play, which it needed after it broke away from Walmart. Kishore Biyani will have a foothold in north India,â€ said Rachna Nath, executive director at audit and consulting firm PwC. "It is a good opportunity for the Future group from the front-end perspective,â€ she added.

Bharti ended its joint venture with the US-based Walmart in October 2013.

"Bharti had to find somebody as foreign direct investment was not happening. Since they were making losses of Rs 1 crore a day, they had to do something to stop that,â€ said a former executive with Bharti Retail.

Bharti Retail runs 15 Easyday hypermarkets and 200 supermarkets. Arvind Singhal, chairman of Technopak, said, "Both run different formats in different regions. Future is strong in the west and the north. Bharti is strong in the north. The merged entity will have a strong national footprint,â€ Singhal said. He added the merged entity would drive synergy in logistics and supply chain.

The Future group has three main entities, Future Retail that runs hypermarkets and supermarkets, Future Lifestyle Fashions, and Future Consumer Enterprise, which acquired the Nilgiris chain in the south from private equity firm Actis for Rs 300 crore. The Aditya Birla group is also merging Madura Garments and Aditya Birla Retail with Pantaloons Fashion & Retail and looking to sell a 20 per cent stake in the combined entity.

The Aditya Birla group acquired Pantaloons from the Future group for Rs 1,600 crore.