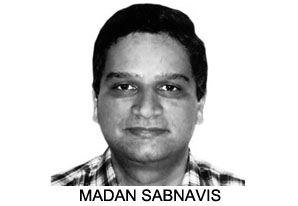 The issue of inflation has been a nuisance for the simple reason that we do not know how to bring down prices, especially of food. Discussions on the subject range from how Wholesale Price Index and Consumer Price Index inflation have moved to which is more relevant. Often, we draw conclusions from statistical biases of high or low base comparisons. It is not surprising that the man on the street does not believe us when we say that inflation is coming down because prices have always been high. Recently,  Finance Minister P Chidambaram spoke about the right of the farmer to earn a higher income and, therefore, justified high minimum support prices. The solution, we are told, is to increase supplies. This argument is fallacious because if we are determined to pay prices that are not market-oriented, even higher supplies will be at higher prices. It seems like we have just lost hold of this problem.

One dimension rarely looked at is how prices move when the product moves between the wholesale and retail markets. We are aware that prices vary greatly across the country due to transportation costs, taxes and cess. As there are multiple wholesale markets that the goods traverse, which elongates the value chain, there is a premium on the base farmer price which the consumer pays. Add to this the incidentals and the margins at every level, the prices look different from the farm gate. But what about movement within the same city? The purpose here is to draw a matrix of various products for which the differ difference between wholesale and retail prices is expressed in terms of percentage. This gives an idea of the'exploitative surplus' drawn at the retail levels in four cities, namely Delhi, Mumbai, Kolkata and

Hyderabad. Moving from primary mandis (where the first sale takes place) and secondary mandis, there are costs involved that are unavoidable because a farmer growing onions in, say, Andhra Pradesh cannot access the customer in Delhi on his own. But the data asks the question: why should there be such high margins when one is moving within these cities, where typically, there will not be more than two levels of intermediation - more likely only one. The prices are from the Ministry of Consumer Affairs website for November 29, 2013 (monthly data is not available). One may assume that the one day picture is generally representative of the margins.  Some of the takeaways from the table are the following. First, the variation in prices between the wholesale and retail levels is quite astounding, crossing 100 per cent in two cities for potatoes and onions. Second, the variations are more moderate in Hyderabad and Kolkata, to a certain extent. Third, the  variations are sharp for vegetables , especially in Mumbai and Delhi. Fourth, the differences between wholesale and retail prices were lower (except in Mumbai) for higher value products such as edible oils. Mumbai was an exception due to the lower wholesale prices, being a major trading centre, while retail prices tended to move towards the average levels. Last, in the case of pulses, the variations were quite high, except for Hyderabad. What can be the reasons for such variations, given Hyderabad is an outlier? First, wholesale prices are quoted in larger quantities (normally a quintal) and, hence, retail prices will tend to be higher on a per kg basis. Second, retailers tend to exploit market conditions and, hence, charge much higher prices when there is a shortfall in production, as was the case with tomatoes, potatoes and onions. Third, in cities like Mumbai and Delhi which are more affluent and, to an extent, ostentatious, it is easier to charge a higher price and still have buyers for the product. Fourth, margins in cities such as Mumbai and Delhi, where  the cost of living is higher, tend to have retailers charge higher prices to meet their own standards of living. Fifth, a part of the price differential  would also be for either the rent paid fortheir retail outlet or, in case of unorganised vegetable retail trade, bigger bribes to policemen to remain in business. Finally, the cost of storage in Mumbai and Delhi would also tend to be higher, given the premium on space. All these reasons would contribute to the differential in prices between the wholesale and retail levels. This is one point of intervention for state governments. While we do talk eloquently on providing support to farmers or using monetary policy to lower inflation, a lot can be gained by standardising prices across markets and lowering these inefficiencies. In case of manufactured products, it is possible to have a fixed maximum retail price across thecountry and include all the taxes that have to be paid in different states. The idea is to make a move on the same lines for farm products. For this, agricultural produce market committee rules will have to be changed and cartelisation at various stages will have to be diluted so that the difference between the wholesale and retail prices is minimised. This, certainly, is not easy. Quite clearly, the conventional wisdom of prices falling when there is a good harvest no longer holds.

The author is chief economist, CARE ratings.
These views are personal