French retailer's cash-&-carry store in Bangalore to take on Metro, which has 3 such stores in the city 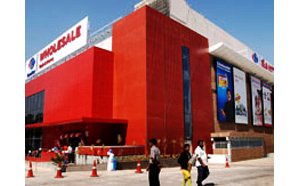 France's Carrefour group, the world's largest retailer after Walmart, opened its first store in the south here on Wednesday, challenging Metro in the cash-and-carry business in India. Its German rival runs three cash-and-carry stores in the city.

This is Carrefour's first cash-and-carry store this year and fifth in the country. Its first outlet opened in December 2010 in New Delhi, while the rest are in Jaipur, Agra and Meerut.

Metro had entered the Indian cash-and-carry business  through its store in Bangalore in 2003; later, its second store also opened in the city. Carrefour, sources  said, was planning to launch in Bangalore earlier in the year but had to wait for clearances.

Carrefour's store, in the heart of the city, saw small traders queuing up in hundreds within hours of its opening on Wednesday. Metro's stores are on the outskirts, in Yeshwantpur, Kanakpura and Electronic City.

Most of the first visitors to the Carrefour store were also frequent visitors of Metro's outlets in the city. Traders said the Carrefour's location would be advantage for it.

The facility is spread over 68,000 sq ft and has 10,000 stock-keeping units (SKUs) on display under the food and non-food category. The store has hired 170 employees, the French retailer said.

Last week, Metro opened its third store in Bangalore after a operating for a decade in the city.

Carrefour has been cautious in its India expansion, mostly launching one cash-and-carry store a year. It has not been able to find an Indian partner yet for starting multi-brand stores though the Union government allowed up to 51 per cent foreign direct investment in the segment last year.