Spread across 25000sq.ft.,the store is the 13th standalone fbb store in Eastern India. The store is spread out across four floors over a sprawling 25,000 sqft space, housing a large assortment of fashion brands under a single roof. 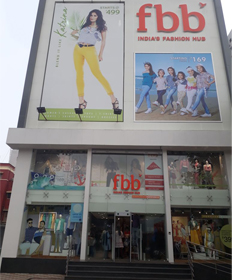 fbb, the fashion brand from Future Group recently launched one of its largest iconic store in North Kolkata at Hatibagan. The store is spread out across four floors over a sprawling 25,000 sqft space, housing a large assortment of fashion brands under a single roof. This multi-storied fashion destination lends fashion goers in Kolkata a fresh impetus through its latest selection of leading fashion brands just before the Bengali New Year.

“Fashion, over the years, has taken greater prominence among the youth today, who view fashion as another way of expressing themselves. fbb being among the forerunners of fashion retail in India is excited to make a larger presence in the emerging India,” said Kishore Biyani, Group CEO – Future Group on the expansion of fbb.

The new fbb store has the ground floor for ladies ethnic while the first floor has ladies western wear. The second floor has kid’s wear while men’s wear is spread across the third 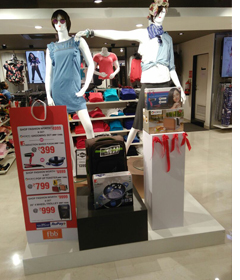 “The Kolkata spirit has not only been receptive to evolving fashion trends, it has also embraced the new even while it has retained its signature cultural identity. We are excited to launch our 13th standalone store in Eastern India today and look forward to bringing the best of fashion to our customers.” said Manish Agarwal, CEO – East Zone, Big Bazaar. The brand has 288 stores including 54 standalone stores spreads across all the metro cities, mini metros and also penetrating well in tier-II cities of the country.