Myntra purchased Jabong about 4 months ago; hopes to make it profitable by the end of 2017 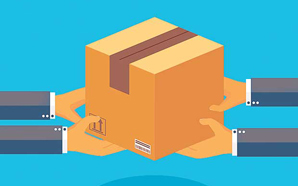 Rocket Internet’s $70-million fire sale (the term for doing so at an extremely discounted price, usually under some compulsion) of Jabong has turned out to be a great deal for Flipkart.

The online giant has managed to turn around the fashion portal in four months, scoring a mark over rival Amazon.

It has even surprised Myntra’s chief executive, Ananth Narayanan, who also heads Jabong. He’d earlier found the customer overlap between the two brands, Myntra and Jabong, was no more than 30%. At the time of acquisition, Flipkart’s management had estimated this number to be 50-60%.

“Essentially, this is all extra incremental growth. While the fixed costs like supply chain have not grown dramatically, sales have grown,” said Narayanan.

In October, Jabong saw 50% growth in revenue and managed to become unit economics-positive. The loss-making company, on a downward spiral when Flipkart, pushed by investor Tiger Global, made a fell swoop and took ownership in three days, had once been in talks to sell out to Amazon at a value of $1.2 billion. By any stretch, Jabong was a steal for Flipkart and the recent success is icing on the cake.

“If they are saying the overlap between the customer base of the two companies is only 30%, then acquiring that set of customers is a one-time capital investment and they can milk that over the lifetime of the customer. More, fashion is a category which is margin-friendly; so, it’s going to pay off faster than other categories,” said Devangshu Datta, chief executive at consulting firm Third Eyesight.

The clean-up of Jabong has been fairly straightforward. The biggest cost-cutting measure has been utilising Ekart (owned by Flipkart) and Myntra’s in-house logistics networks. The company also slashed the discounts being offered by two-three percentage points and introduced its private brands, such as Roadster, on Jabong, yielding higher margins.

“Having two brands instead of one will help. I think  Jabong customers are a bit more fashion-forward than the Myntra ones,” said Narayanan. The difference between the two brands in terms of the customers they serve is what makes Jabong complementary to Myntra, he added.

With fashion being a category where spec-by-spec comparison is missing, it’s often easier to charge higher margins than in consumer electronics or even large appliances. Going forward, fashion is expected to power profits for e-commerce marketplaces, with Flipkart shoring up on brands to take on Amazon – the latter also recently made a splash in the space with its own private label.

Flipkart currently leads India’s e-commerce fashion segment. It, Myntra and Jabong claim to have two-third of the market.

“It is not a classic market share game, not about who wins the current market. I always think about the next five years; who captures more of the growth. That’s what we want to do with both the brands,” added Narayanan.

Today, both Myntra and Jabong serve a very similar mass-premium market. The company is working on changing that. While there will be more integration in terms of supply chain and sourcing, Narayanan has put together a team that will work on defining each brand’s space over two years.

Ultimately, in the next one year, Myntra’s goal is to turn around Jabong and help use the brand to propel itself toward profitability.

Myntra claims its profit has increased by 20 basis points this year alone, putting the company on track to become profitable towards the end of next year.