The Accord (Agreement) is backed by IndustriALL Global Union and UNI Global Union along with leading NGOs to grant workers the right to refuse dangerous work and endorse safe working environment to avert another Bangladesh Rana Plaza tragedy. 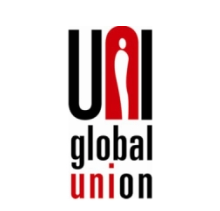 IndustriALL Global Union General Secretary, Jyrki Raina said, "The companies who signed up are to be applauded. H&M showed the way by being the first to sign this week. We will not close the door on brands who want to join the Accord after the deadline but we will be forging ahead with the implementation plan from today. Those who want to join later will not be in a position to influence decisions already made. The train moves on and these companies will drive the process - there can be no uncommitted passengers because the stakes are too high. We are talking improving the working conditions and lives of some of the most exploited workers in the world, earning $38 a month in dangerous conditions.â€

UNI Global Union General Secretary, Philip Jennings said, "We made it! This accord is a turning point. We are putting in place rules that mark the end of the race to the bottom in the global supply chain.â€ Commenting on the no-shows Jennings said, "Walmart, the world's largest retailer, is out of step. By not signing up the Walmart brand sinks to a new low. Equally Gap's refusal to join is a mistake that shoppers will not forget. We will make progress without them.â€