Online fashion retailer had taken a lead in going app-only earlier this year, after which many others shifted focus as well 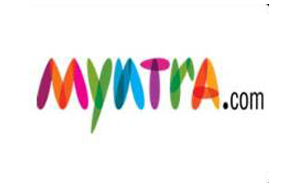 Online fashion retailer Myntra is shedding its app-only presence and plans to revive its website for shoppers by January, to tap more users. Myntra had taken a lead in going app-only earlier this year, following which many others were shifting their focus as well.

This decision of Myntra to return to the website format, while continuing with the app offering, is along the lines of its parent, Flipkart, which chose not to lose the growing number of users who search online for deals.

LocalOye is another company abandoning the app-only strategy of selling goods and services within their walled gardens.

"We are growing strong on the app front. However, all efforts will be pointing towards making the user download the app,â€ said a Myntra official, who declined to be named. "We want to keep it contained for our users. There is a New Year sale happening and we will keep evolving. Things will become more mature.â€

A Myntra spokesperson declined comment on the development. Currently, their website redirects users to download its app from the respective app stores of Google, Apple and Microsoft. Flipkart worked alongside the Chrome team at Google to develop its mobile website, the idea for which was floated  by technology head Peeyush Ranjan, a former Googler himself.

The company opted for deeper integration with Chrome, giving it the ability to push notifications on a user's smartphone â€” one of the key reasons developers choose to build native apps in the first place.

Following the announcement from Flipkart, rival Snapdeal also announced it was working on a lite version of its website for access on smartphones.

Though an ever-increasing share of users do access both Snapdeal and FreeCharge on mobile, both companies have maintained they would not restrict the channel and will continue to have a web presence. Snapdeal acquired bill payments and wallet company Freecharge back in April.
Tags : Myntra Fashion E-commerce Flipkart Localoye Google Apple Microsoft Peeyush Ranjan Snapdeal Freecharge Companies News
Advertisement