Paytm Mall does sales worth $4 bn, claims 20% of market share 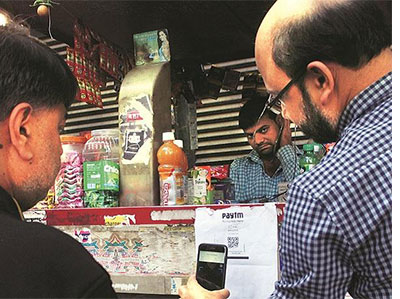 In the midst of e-commerce companies making tall claims about sales after the completion of the festive season, Paytm Mall on Sunday said that the company had hit the jackpot early and had been able to achieve sales whose gross merchandise value (GMV) is $4 billion so far, a target it had planned to achieve by the end of this year.
The company said that its offline-to-online strategy had helped it capture almost 20 per cent of the market share.

“Our plan was to get to an annualised GMV run-rate of $4 billion by the end of the year. However, we reached the target during the festive season itself. This is a great showcase of our widespread adoption in just six months of launch,” said Amit Sinha, chief operating officer, Paytm Mall.

According to Sinha, sales of home appliances, smartphones, laptops, and two-wheelers contributed to 50 per cent of its GMV during the festive season. The company said that it would continue partnering retailers and brands across the country. “We are already accounting 20 per cent of the total transaction volume of our partnered merchants. We will continue hosting promotions with our partnered retailers. Our goal is to drive a high rate of repeat transactions on our platform,” Sinha said.

Since this was the company’s first festive season sale since launch, it was aggressively on-boarding shopkeepers and brand authorised stores across the country to offer a better buying experience and faster deliveries to consumers.
The company invested the money in marketing, cash backs, and promotional spends.

During the sales the company claims to have added six times new customers. “We will be the top e-commerce company in the country by next year, and have got a good grip on festive sales. We are ramping up our logistics and working closely with our partners,” Sinha had said in an earlier interview.

“Our offline-to-online strategy has never been tried in Indian retail and would be key to our success. It will enable us to extend faster deliveries.”