The new lines are expected to start commercial production by FY16 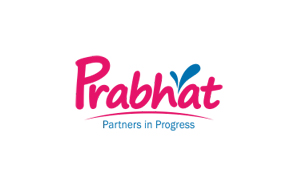 Maharashtra-based private dairy player Prabhat Dairy, is setting up new production lines for value added dairy products like cheese, paneer and shrikhand at its Shrirampur facility in Ahmednagar district of Maharashtra with an investment of Rs 391 crore through its subsidiary Sunfresh Agro Industries Pvt ltd.

The company said that this was a part of ongoing line expansion. The new lines are expected to start commercial production by FY16. Investment on the cheese factory is around Rs 30 crore. The Shrirampur facility already has automated production facilities with an aggregate milk processing capacity of 1.5 million litres per day at the moment.

He further added that the cheese market grew by around 20 per cent CAGR, to reach Rs 5000 crore in 2013-14 from Rs 2600 crore in2009-10. "Growth was mainly driven by the urban population, which accounted for about 80-90 per cent of the total cheese consumption in India," Nirmal claimed, adding that as a part of the company's strategy, it would continue to invest in increasing our manufacturing capacities for its existing dairy products as well newer products.

While milk prices have remained stable for over a year now, they are expected to rise in the coming years, by 7-8 per cent CAGR over the next three years, primarily driven by an increase in fodder prices, which in turn, are expected to be driven by a similar rise in minimum support prices of key crops, Prabhat feels. The company's retail consumer products include pasteurized milk, UHT milk,dairy whitener, milk powder, lassi, curd (dahi), chaas and clarified butter (ghee), flavoured milk, and sweetened condensed milk sold under the Prabhat, Flava and Milk Magic brands, respectively.

As of February, 2015, the company's milk collection facilities included more than 450 milk collection centres, over 15 milk chilling plants and over 80 bulk milk coolers.