The leading retail brand has reported a 31% growth, compared to last year, at Rs.3,456 crore which ended September 30, 2013. The results were announced by the retailer through a press release. 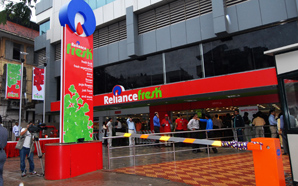 The business crossed a significant milestone of operating 10 million sq. ft. of retail space with the addition of 58 stores across all formats. RIL's retail business now operates over 1,550 stores across 136 cities across India.