Sharp rise in e-commerce GMV boosts valuation, but not for long

The rise and rise of GMV isn't true for Flipkart alone. Rival Snapdeal, for instance, is looking at an annual GMV of $10 billion (Rs 60,000 crore), against the current $2 billion (Rs 12,000 crore). It is believed the Indian operations of US e-commerce company Amazon crossed the $1-billion (Rs 6,000 crore) annual GMV mark last year. 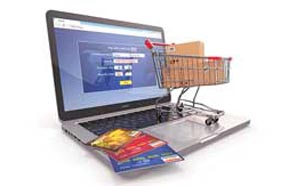 For long, e-commerce major Flipkart had aimed at an annual  $1-billion (Rs 6,000-crore) gross merchandise value (GMV) of products sold on its platform. It passed that milestone in March 2014, seven years after it had started as an online seller of books.

The rise and rise of GMV isn't true for Flipkart alone. Rival Snapdeal, for instance, is looking at an annual GMV of $10 billion (Rs 60,000 crore), against the current $2 billion (Rs 12,000 crore). It is believed the Indian operations of US e-commerce company Amazon crossed the $1-billion (Rs 6,000 crore) annual GMV mark last year.

Though the GMV maths might be an established norm in the global new economy, do the galloping sales targets set by e-commerce companies in India project their real worth and value? An executive at one such company pointed to the gap between the GMV and the revenue of an internet company, saying the revenue was a small fraction of the GMV. For instance, in September 2014, Chinese e-commerce major Alibaba's GMV was pegged at $296 billion, while its revenue was only about $8 billion, a fact brought to the public domain at the time of the company's listing.

A source said, "The valuation shooting up because of GMV is a short-term phenomenon.â€ Though GMV and revenue are the only indicators of valuation as of now, investors will soon ask about the profitability. For 2013-14, the cumulative losses of Flipkart, Snapdeal and Amazon India were more than Rs 1,000 crore. All these companies have maintained they were in a growth mode, adding it was a conscious choice to not look at profitability then.

Mohit Bahl, partner (transaction services), KPMG India, says the GMV of e-commerce companies is a function of the increase in volume of the goods sold on the platform and a change in the mix of products. He added these firms were continuously exploring new categories, resulting in higher GMV. For instance, a company might get a higher margin on apparel, though the value of electronics products and mobile phones is much higher. Therefore, a right mix of categories could make a significant difference to the GMV, which is based on the latest monthly value of products (the billing amount) sold on the platform, not on the margin of the platform-owner.

In the marketplace model followed by most e-commerce companies, vendors are hosted on the platform to sell products to consumers.

Arvind Singhal, founder and chairman of Technopak Advisors, says the GMV projections of many top e-commerce companies are "extremely ambitiousâ€. It was on the strength of electronics and mobile phone sales (which account for the bulk value of sales on most platforms) that e-commerce companies were setting high GMV targets, he said. Unless e-commerce companies start exploring the high-potential food and grocery market soon, there would be market saturation, he adds.

An analyst says no one in the sector talks of revenue and profit. He, however, adds any high-growth segment such as fast-moving consumer goods and consumer durables spoke of a monthly run rate and GMV, especially when dealing with mergers and acquisitions.

"They are playing in a territory where a lot of others are only crystal-gazing. They are dictating how the market will behave.â€