In contrast to its name,Â TinyOwlÂ has large expansion plans. It is aiming to get into the top 10 cities by mid-2015 and have its network across 50 cities by the end of this year. 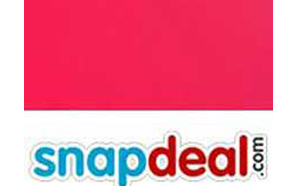 The fresh funding by Bahl and Bansal would be part of TinyOwl's latest fund hunt to raise $20-30 million. In contrast to its name, TinyOwl has large expansion plans. It is aiming to get into the top 10 cities by mid-2015 and have its network across 50 cities by the end of this year.

"We are looking to raise fresh capital to the tune of $20-30 million, as we plan to scale up our operations and presence. Snapdeal's founders have been supportive and we have got an indication from them that they would infuse further capital," said co-founder Harshvardhan Mandad.
Bahl and Bansal have also invested in Tripoto, Bewakoof.com, Gigstart, while Flipkart's Sachin Bansal and Binny Bansal invested in Ather, Roposo.com, Touchtalent.com and Spoonjoy, among others. Recently, Jabong co-founder Praveen Sinha also invested in a number of companies including dating app Tryst. Bahl has invested in OlaCabs as well.

According to 25-year-old Mandad, the company gets revenue from each order that a restaurant gets via TinyOwl's app. "It is in the range of 10-20 per cent depending on a couple of parameters," he said, adding that at present, the company has about 5,000 restaurants listed on TinyOwl.

Mandad is in the process of rolling out reviews as well in the next couple of weeks, a move that will make TinyOwl similar to Zomato.

While Zomato is yet to launch the payment services via its app in India, it could be an interesting battle between the two companies. Zomato has been expanding over the world and is valued at $660 million. At present, TinyOwl has an order rate of 2,000 per day and 400 employees. It is looking to hire further, in tandem with the company's plan to scale up its business.

"This (finding right food at right places) is a fundamental problem and we are addressing that with a personal touch. There could be more monetisation out of our model with time. The idea is to scale up nationally - about 50 cities by the end of this year. I am also confident this model is scalable globally," added Mandad.
Tags : Snapdeal Kunal Bahl Â Rohit Bansal Zomato JabongÂ
Advertisement