Snapdeal in talks with government-supported start-ups in MP 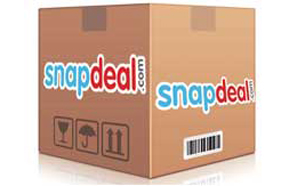 The Madhya Pradesh government inked an agreement with online shopping major Snapdeal today to sell 'Mrignayni' brand products to give a global platform to the state's weavers and handicrafts.

With the inking of an MoU between Snapdeal and Madhya Pradesh Laghu Udyog Nigam, 'Mrignayni' brand products will be now available for sale on the online platform, an official release said.

The online portal is expected to give a wider market to products by the state's weavers and handicrafts makers by improving their sales, release said.

In the absence of middlemen, direct benefits would accrue to weavers and handicrafts persons, while buyers would be alble to purchase products through Snapdeal.

"The state has supported many young entrepreneurs by offering them loans and providing escrow cover to them through Mukhya Mantri Yuva Udaymi Yojana. We will provide them an online platform to sell their products," said Kunal Bahl, chief executive officer, Snapdeal.com.

He said he had received an overwhelming response from state entrepreneurs.

"This deal would provide an online platform to those artisans and weavers who make their products across the state but have only offline platform at Mrginayani," said, Yashodhra Raje Scindia, state commerce and industry minister.

She said her government would soon set up a help-desk platform, where entrepreneurs could seek support from the state government authorities. Also, she added, the entrepreneurs would have an access to higher authorities in case of problems.
Tags : Snapdeal Mrignayni Kunal Bahal Shivraj Singh Chouhan Madhya Pradesh Government
Advertisement