Attended by the major industry stakeholders including digital printers, converters, material providers, brand marketers among others, the event held in Mumbai delved into the various aspects of Soft Signage, including its impact on consumer decisions, environment and business growth 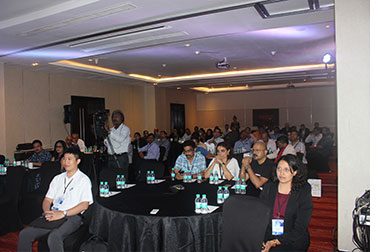 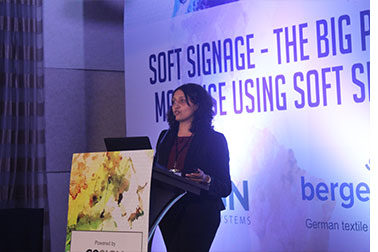 conducted by Tejasa Purandare, Director, Co-Sign, to cement the base of the topic. Tejasa began by highlighting the future of the Indian Retail sector. She pointed out that the industry is expected to clock $1.1 trillion by 2020, out of which $120 billion will be the share of e-commerce, which comes to merely 10%. In the view of this projection, Tejasa emphasised that Soft Signage industry has a tremendous growth opportunity, beginning with fabric display. She also explained the different components of Lit Fabric display such as Frame, LEDS and Fabric.

The next session was chaired by Surender Gnanaolivu, Consulting Editor, who elaborated on the ‘Role of In-store Graphics in Retail 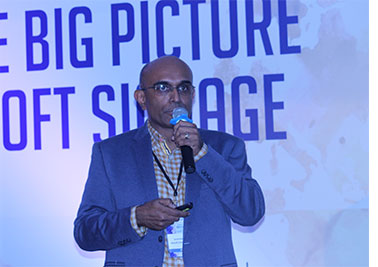 Environment and Why Soft Signage’. He explained the science of signage in a Smart Store, touching upon the way soft signage influences the consumer psyche in making shopping decisions. He explained the role of soft signage starting from attracting the customer into the store to navigating them to desired product shelves and finally converting into sales.

Bringing the spotlight on eco-friendly business was Sudhir Soundalgekar, Director Projects, Raymond. In his session, ‘Going Green for Signage’, he spoke about the need to have an eco-friendly approach at every stage of the business including signage planning.  He touched upon various aspects such as the total cost of materials, refining, 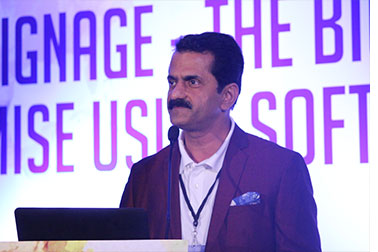 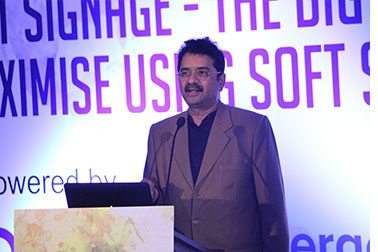 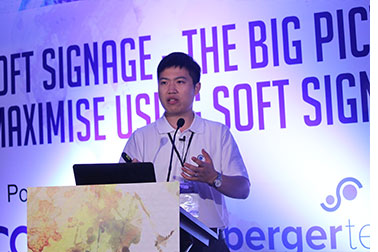