Discount, variety and offers attract consumers, according to a survey by CashKaro.com 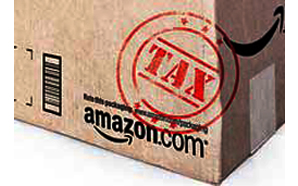 Amazon.in beat indigenous e-tailer Flipkart to become the best e-commerce website in India this year, according to People's Choice Survey conducted by cashback and coupons sits CashKaro.com. Snapdeal ranked third in the list, followed by Myntra, Jabong and Shopclues, according to the survey that covered 2,000 online shoppers.

The People's Choice Survey is an annual report by CashKaro.com, which identifies key trends in online shopping in India. The pan-India survey got responses from metros as well as Tier-I, -II and III cities. As many as 65 per cent respondents in the survey were male, in the age group of 18 to 30 years.

"This year, the industry was abuzz with fresh funding of close to $3.9 billion among top-e-retailers, the Flipkart-Myntra merger and mega sale days like GOSF, Flipkart's Big Billion Day and more,â€ Swati Bhargava, co-founder of CashKaro.com said.

"Amazon.in wore the crown of the most popular website. Cashback and deals were the favored factor to shop online among consumers.â€

Among the slew of discounts that were offered across e-commerce websites, Google's three-day Great Online Shopping Festival emerged as the winner in terms of deals and offers with 42 per cent of the respondents voting for it.

Despite the technical glitches and the wrath it attracted from consumers over social media, Flipkart's much-talked-about Big Billion Day (a daylong event) was a close second with 40 per cent respondents voting for it.

Snapdeal's Big Savings Day got only 10 per cent votes, followed by the multi-portal Diwali Dhamaka Sales, which was liked by eight per cent of the survey respondents.

The survey also said cashback and coupons were a major driver for shoppers to make purchases online with 30 per cent respondents stating it as the reason why they were encouraged to buy from an e-commerce website. Discounted prices, a wide variety of choices, convenience, payment options and easy return policy were the other factors that encouraged consumers to opt for online shopping, the survey said.

Online shoppers favoured one website over another on the basis of the category that they were looking to make purchases in. While Flipkart emerged as the best platform to buy mobile phones and accessories, Amazon.in was the favourite for buying laptops and electronics. For fashion and accessories, buyers took to Myntra and Jabong, while vertical-retailer Zivame was the top choice for lingerie, the survey showed.

In the babycare segment, Firstcry was the choice of a majority of buyers, and for home decore it was FabFurnish.