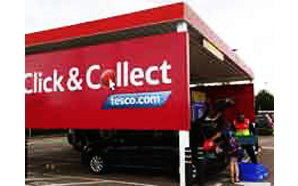 The proposed Tesco-Tata joint venture announced on Tuesday would be be a test case for foreign direct investments (FDIs) in Indian retailing.

The government has mandated that foreign companies invest a minimum of $100 million and half the total FDI go in back-end infrastructure within three years of the first tranche. Yet, Tesco is taking a 50 per cent stake in the Tata-owned Trent, which already runs hypermarkets under the Star Bazaar brand.

Although the multi-brand FDI retail policy mentions fresh investment of $100 mn, the subsequent clarifications made it seem that funding in new facilities was mandatory.

However, how much must be spent by foreign retailers on new investments is still a grey area.

Trent has said the proposed partnership will operate and build on the existing portfolio of Star Bazaar stores in Maharashtra and Karnataka, thereby triggering a debate on new ventures versus expansion of existing ventures. Consutants and retailers Business Standard spoke to noted the sector would closely watch how the Tesco-Tata JV would comply with the prescribed rules.

"We need to see whether they will bring the existing stores under the JV or operate these separately,â€ said a director of a top management consultancy firm, on condition of anonymity.

Kishore Biyani, founder and chief executive of Future Group, was more forthcoming: "If it (Tesco) is making investments in a brownfield (existing) venture (Trent Hypermarkets), it is definitely a welcome move from the policy perspective.â€

The Trent spokesperson said, "We believe the application is fully in compliance with the existing policy. We are not in a position to speculate further."

Where Tatas lack, Tesco comes in

A chief executive of a national retail chain said Tesco would invest in new facilities at back-end and front-end stores once the JV becomes operational.

"The Tatas might not have invested a lot in back-end, since they run just 16 stores. So, Tesco can invest in the back-end infrastructure now. Otherwise, it is difficult to deploy those funds,â€ said the chief executive.

Adding: "I believe Tata is adjusting whatever they have invested so far as equity. So, in a 50:50 JV, Tesco is paying for front-end created by Tatas.â€

Kumar Gopalan of RAI said, "It is first in the market and a great signal that overseas retailers will look at Indian retail now.â€

However, he also believes everything depends on government approvals.

"Government has to clear the venture. A lot of reading between the lines will happen. Tatas and Tesco must have done detailed work to comply with policy guidelines.â€

Mohit Kampani, president and chief executive at Spencer's Retail, said: "All the money which will be brought in towards new facilities in back- end and front-end is a welcome move for the industry.â€ If equity investments come from foreign retailers, it is better, as they understand the business better, he added.
Tags : Tesco-Tata Trent Star Bazaar Kishore Biyani Future Group Kumar Gopalan RAI Mohit Kampani Spencerâ€™s Retail
Advertisement