Their own e-commerce sites come handy, given FDI restrictions, to test the market in the country 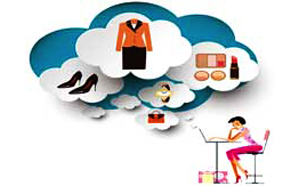 Big American retailers such as JC Penney and Macy's allow Indian buyers to pay in rupees for shipments.

They are not present in this country but some of the largest US-based retailers â€” JC Penney, Nordstrom, Macy's, Ann Taylor â€” are increasingly betting on "shipping to Indiaâ€ or selling their products here through their e-commerce portals, to test the waters.

Most of these portals accept the rupee for payments and have'Exclusive India' pages on their sites, to woo customers here. Most offer shipping in six to 12 days.

According to Third Eyesight, a retail consultancy, eight US department stores and brands are shipping their products to India. While these companies say this is a strategy to build their sales, retail consultants say they're testing the waters before they actually enter.

When asked, a Macy's spokesperson declined to comment on India-specific sales trends but shared a press note it had issued during the launch of international shipping in mid-2011. "International shipping will enable Macy's to build upon its existing customer base beyond the United States, by exposing our product offerings abroad,â€ said Kent Anderson, president of Macys.com.

Consultants say the share of e-commerce business for these sites is low but its a precursor for the brands'/retailers' entry here. Said Tarang Gautam Saxena, lead consultant at Third Eyesight: "Given the restrictions in FDI (foreign direct investment) in multi-brand retail, international retailers yet to enter the Indian market are tapping the demand through shipping online orders. This presents a low investment option, while allowing the company to test the market.â€

Added Prashant Agarwal, joint managing director of Wazir Advisors: "It is a call to test the market. Testing might actually last a year or two before they decide.â€

He says shipments by international retailers has picked up significantly in the past six months. "As e-commerce is becoming popular, many people are buying online from these sites. Their deliveries have also become efficient,â€ he added.

'Expensive buy'
However, the impact of this route is curtailed by the fact that the range available for Indian consumers might be limited, and the additional shipping costs and tax-related charges are fairly high, said Saxena.

For instance, a buyer of a discounted shirt on Macy's website needs to pay nearly three times the price of one sold by the US firm, after shipping charges and duties. A shirt priced at Rs 1,756 will have shipping charges of Rs 2,284 and duties and taxes of Rs 929, taking the final price to Rs 4,969.

Saxena said global e-commerce companies such as Amazon, eBay and Groupon have gained a foothold in the country through alternate online business avatars (mostly the marketplace model, where the sites do not hold inventory), given current FDI restrictions, even as investigations had been initiated to see whether the existing e-tailers were breaking the latter rules.