V-Mart reports increase in revenue from operations to INR 6234 million from INR 5570 million YoY, and addition of 19 new stores in H1, FY19.

V-Mart Retail Ltd announced its unaudited financial results for the quarter and six months ended September 30, 2018. During the first half of FY18-19, the company reported revenue of INR 6234 million, EBITDA of INR 393million, PAT of INR 208 million, and same store sales growth (SSSG) of 1%. For the second quarter, FY19, revenue stood at INR 2622 million, increasing from INR 2419 million YoY. This came in the backdrop of Durga Puja and Navratra shifting to Q3 from Q2 in the CY, and consequently, the deferment of festive shopping by the company’s large customer base in eastern India.

Continuing its calibrated expansion drive, the company opened 11 new stores during the second quarter, including 4 in Assam, thus taking the total store count to 190 stores in 15 states with an aggregate retail area of more than 1.6 million sq ft. On a cumulative basis in H1, the company added 19 new stores totaling 166,500 sq ft in retail area. With the store launches in Assam, the ‘gateway to the seven sisters’, coming on schedule, the company has successfully forayed into the relatively untapped North East market.

Lalit Agarwal, CMD, V-Mart Retail Ltd said "We see lot of untapped opportunity in the growing aspiration to ‘look good’ among our target audience in Tier II and III markets, and in regions like North East that are relatively underserved by modern retail. As a value retailing pioneer with affordable fashion as our core plank for the aspiring class, V-Mart is focused on delivering the best combination of affordability, quality and variety to its customers."

The company also made significant strides in its skill development and employment generation initiative, ‘Project Hunar’, and has been allocated projects by four states – Bihar, Odisha, Rajasthan and Uttar Pradesh. Under its CSR initiatives, the company has selected 355 underprivileged meritorious students for its scholarship program, ‘Ujjwal Bhavishya’, and will support their higher education annually. Through Project Readvantage, an initiative to enable school children in smaller towns to build English reading and comprehension skills, V-Mart has been able to reach out to 3550 new kids (grades 1-3) in Kanpur, Allahabad, Patna and Chakia.

With the traditional festive buying for both Durga Puja/Navratra and Diwali taking place in Q3, the cumulative impact of the two biggest annual shopping occasions in eastern India is expected to make the third quarter an even bigger contributor to the company’s performance this year. Moreover, a ‘winter Diwali’ is likely to prompt several shoppers to advance purchases of higher-value winter wear, e.g. pullovers and jackets.

With Q3 slated to witness much-bigger-than-usual shopping spends and the advancement of winter shopping, the company has stocked its stores with a large variety of affordable and high-quality fashion apparel for the entire family. The merchandise includes a wide collection of highly popular and fast-selling items like camouflage military print t-shirts for men; long gowns and jump suits for women; joggers for boys; lacha set and dungarees for girls; and an attractive winter collection for the newborns. To tap the festive buying momentum, the company is undertaking many visual merchandising initiatives, and has also planned clutter-breaking marketing campaigns at its existing and new stores to connect with customers and drive footfalls and conversions. 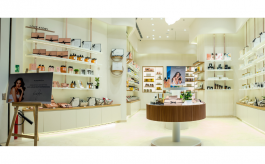 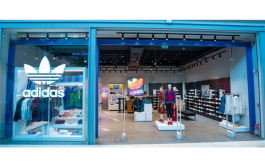 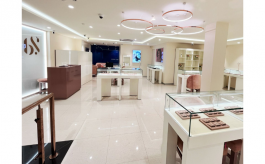