Reebok's JetFuse revs up for take-off with jet engine concept

The Reebok JetFuse running shoe is inspired by the working of a jet engine where an underfoot current is created by moving air technology which provides maximum cushioning. The campaign was to sell on this idea and lure the customer into the Reebok store to try on the shoe. Reebok wanted to purvey the campaign in a very dynamic way to incorporate the working of a jet engine with the shoe in a single frame.

The creative adopted had to be eye-catching and convey the idea of a working jet engine concept of the shoe in front of the customer. DDB MudraMax took up the challenge to use technology to do justice to the swanky concept of the shoe. The strategy was to meet consumers as close as possible to the point of sale.

LED screens were installed in store windows which showcased the working of the jet Engine and combined it with the shoe technology. Interfaces like Window, Launch Zone, FW Wall, etc.,
were used to communicate the idea. Also, the campaign was carried forward in-store in a non-digital format to emphasise the selling point of the campaign.

The communication highlights the fact that the shoe is very technologically advanced in a very practical environment.

Commenting on the in-store campaign, Somdeb Basu, Brand Director, Reebok, said, "The JetFuse footwear collection is further proof of Reebok's commitment to create innovative and unique performance shoes for runners. Reebok is encouraging people to step out of their comfort zone when it comes to running and DDB MudraMax team has effectively created visibility and inquisitiveness for the product where people are turning up to check it out.â€

Mandeep Malhotra, President, DDB MudraMax - OOH Retail & Experiential, said, "Reebok has always been a brand I have personally enjoyed working on. The current campaign as always had a need for technology and innovation as part of the integral brief. Love the energy that transpires collectively within mudra and client teams.â€
Tags : Reebok JetFuse DDB MudraMax Somdeb Basu Mandeep Malhotra
Advertisement 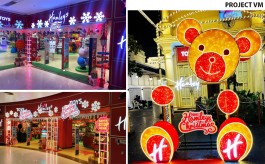 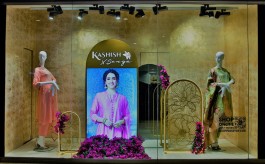 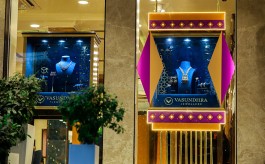