The company registered a 6.5% increase in its standalone revenue for the fourth quarter at Rs 1,284 cr 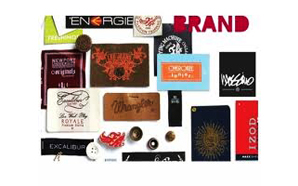 On the back of consistent growth in its brands and retail business segment, Arvind Limited posted a 11.49 per cent growth in its standalone net profit for the fourth quarter ended March 31, 2014. The company saw its Q4 standalone net profit for the fiscal year 2013-14 rise to Rs 94.89 crore, up from Rs 85.11 for the corresponding period last fiscal 2012-13.

Based out of Ahmedabad, Arvind Limited is one of the largest integrated textile and branded apparel players in the country. The company registered a 6.5 per cent increase in its standalone revenue for the fourth quarter at Rs 1,283.96 crore, from last year's Rs 1,205.36 crore. On consolidated basis, while its Q4 net profit rose by 24.09 per cent at Rs 94.05 crore, up from Rs 75.79 crore, its consolidate net income registered a 5.90 per cent growth at Rs 1,879.08 crore as against last year's Rs 1,774.28 crore for the said period.

What's more, Arvind Ltd's board of directors recommended a dividend of 23.5 per cent for fiscal 2013-14 as against 16.5 per cent for the previous year.

According to Jayesh Shah, director and CFO of Arvind Limited, the growth in net profit and revenue could be attributed to growth in Arvind's various business segments.

"The robust revenue growth is led by 37 per cent growth in brands & retail business and 21 per cent growth in textile business with operating profit margin expansions in both the businesses. Given the all-round improvement in the performances of all the business verticals and the growth momentum they have attained, we are hopeful to grow by 22-24 per cent during the year 2014-15,â€ said Shah.