The retail chain company said it has posted robust numbers for the third quarter ended 31stDec, 2018, recording 27% YoY growth in revenue from operations. 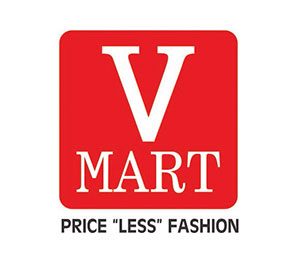 Leading value fashion retailer V-Mart Retail has announced its unaudited financial results for the quarter and nine months ended 31stDec, 2018, which were approved by the company's Board of Directors at its meeting held on 5th February, 2019.

The company posted robust numbers for the third quarter, recording 27% YoY growth in revenue from operations, 15% increase in EBITDA and same store sales growth (SSSG) of 11%. The quarterly revenue and EBITDA stood at Rs. 4658 million and 733 million, respectively, up from Rs. 3680 million and 640 million in the previous year, the company said in a statement.

The strong top line growth was also mirrored in PAT, which at Rs. 417 million, delivered 14% YoY growth. Festive season shopping in the company’s main geographic markets was the primary growth driver for the quarter.
In the 69-day duration from 6th September – 13th November spanning the three festivals, the company registered overall and like-to-like growth of 49% and 27%, respectively. This was achieved through revamped product assortment, supply chain, and marketing & sales strategies that the company executed effectively, the statement said. The company has invested in ramping up its warehousing capacity and strengthening the talent pool at all levels.

Riding on the back of healthy numbers in Q3, V-Mart continued to strengthen its performance for the fiscal year. On a YTD basis, revenue stood at Rs. 10892 million for the nine months ended 31st Dec, growing at 18% YoY, while EBITDA and PAT, at Rs. 1127 and Rs. 625 million, grew at 3% and 1%, respectively.

Commenting on the company’s performance in Q3, Lalit Agarwal, CMD, said "There has been a great execution of fresh product ideas and customer connect which was amplified by strong festive demand in all our markets. V-Mart was well-prepared and well-positioned to tap into this opportunity in all its key markets, delivering its value fashion promise with a wider and deeper assortment that resonated with the fashion aspirations of our customers. Launch of stores in Assam and Meghalaya further added to the growth momentum for the company and the company witnessed its best ever Durga Puja sales during the quarter especially from the Bengal region. We thank all our valued customers for their trust and belief in V-Mart and look forward to their continued support.”

While driving a strong execution focus during the festive season, the company maintained its consistent pace of retail network expansion, reaching the 200-store milestone in December. V-Mart opened 10 new stores during the quarter, and on a YTD basis, has added 29 stores with more launches planned in the last quarter.

While the company took 12 years to open its first 100 stores, the journey to the next 100 has taken less than 3 years. Looking ahead, the company is building a strong pipeline of locations for targeted store expansion in the next fiscal year.