With the vision to replace the regular signage with moving displays, Starlit Garden at Park Street, Kolkata has been selected for the brand'Absolut'. 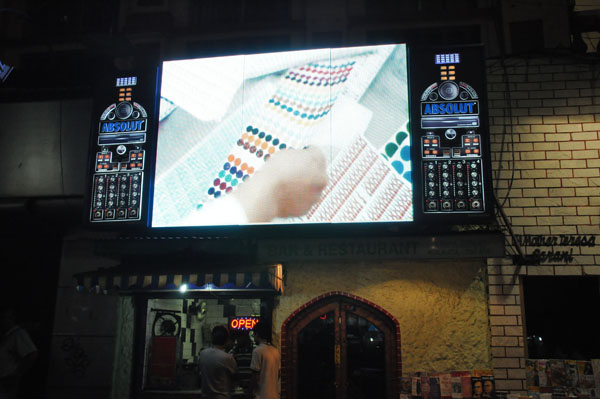 With the vision to replace the regular signage with moving displays, yet another single store called Starlit Garden at Park Street has been selected for the brand'Absolut'. Mission Xcellence, the 3M authorised converter, installed a LED screen with the dimension of 9ft(width)x6ft(height). To fill up the the whole area of 14ftx6ft, two bottles of Absolut having dimension of 2.5ftx6ft have been placed on both sides. The visual of the Absolut bottles have been taken from their brand manual and is created with ACP, router cut with acrylics on top and LED lights inside for individual points. Graphic equaliser mode has been installed to operate the volume for LED's and electronic softwares for light programming has been installed to manage this system digitally.  A perfect combination of ACP, acrylic and LED lights has been instrumental to attract the eyeballs of the TG at this niche location which has been executed by the agency within a period of three weeks.
Advertisement