Standing tall at 31m long and 15m wide, the attractive element of Kalamandir's new store facade is its LED signage. The facade runs 762 mm deep with floral patterns and the famous Kalamandir logo that are Laser Cut (CNC). 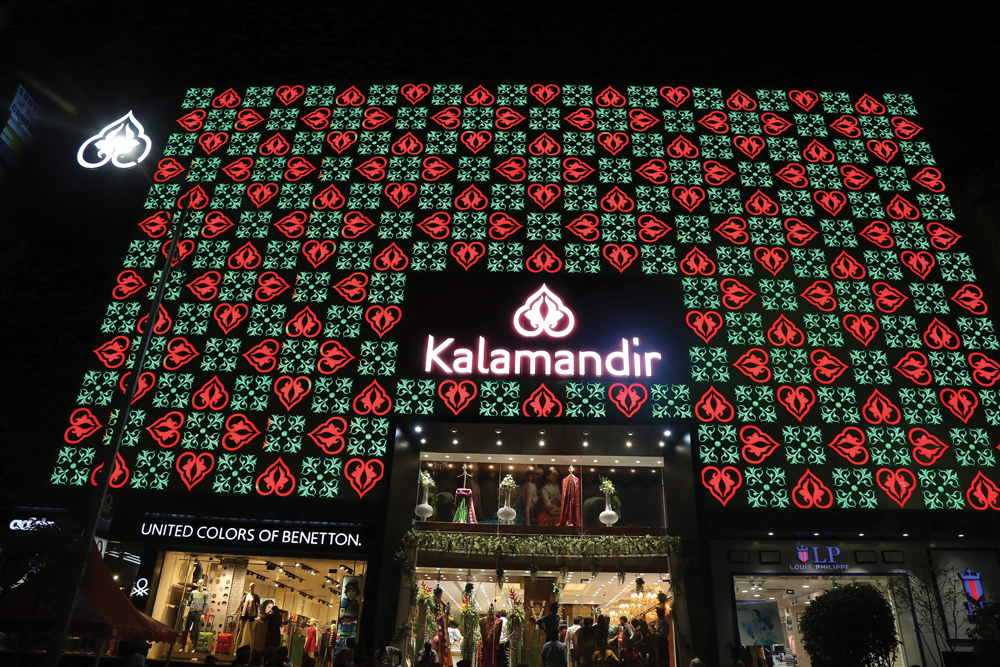 Kalamandir, one of the prominent retailers of South Indian textiles, recently unveiled its 25th store at Visakhapatnam (Vizag) with a magnificent gold plated Aluminium composite panel facade. Standing tall at 31m long and 15m wide, the attractive element of the facade is its LED feature.

The facade runs 762 mm deep with floral patterns and the famous Kalamandir logo that are Laser Cut (CNC). An acrylic sheet runs behind the gold plated Aluminium Composite Panels and back-lit LED have been provided behind the acrylic sheet for making the signage attractive as well as efficient. According to the brand’s spokesperson, Kalamandir wanted its 25th store to stand out from all the former stores as well as all the clothing emporiums in Vizag.

Due to its expected grandeur, the store’s design and detailing had to be done very carefully. While the design team had a limited time period of two and a half months to complete this store, they also faced challenges in putting up the facade & signage. According to the team, there were high chances for the Aluminium Composite Panels to break due to the heavy local winds hence the Acrylic sheets were placed behind them to prevent any such damage and 76 mm x 38 mm M.S supports were used to add strength to the facade. 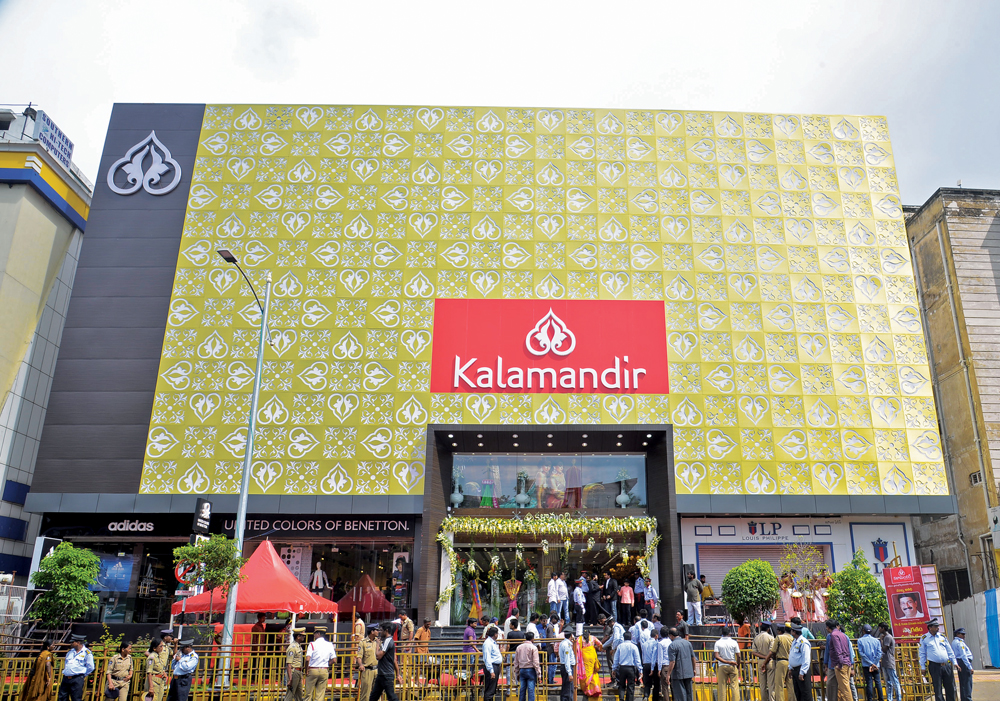 Lighting plays a very important role in the elevation design, hence the team were left with a major task ensure uniform lighting that spreads out evenly across the panel. For this, the team went on to use back-lit LED. Overall, the store and its grand facade received great response from passersby and its customers as well.