After a series of store launches lately, the toy retailer opens its second store in Hyderabad after one at the city's Sujana Mall. 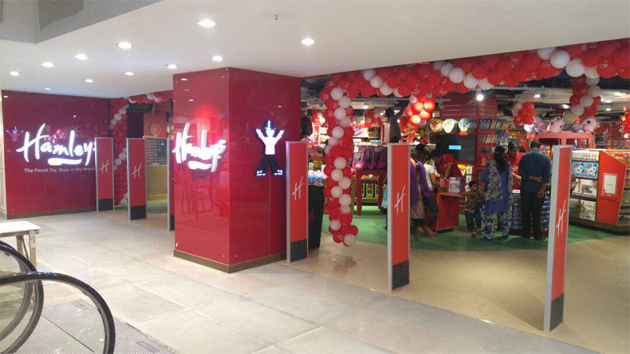 Large format multibrand toy retailer Hamleys has recently opened its second store at Hyderabad’s Central Mall. Reliance Lifestyle Holdings, a subsidiary of Reliance Brands Ltd. collaborated with UK based Hamleys in 2010, which marked the brand’s foray into the Indian market with its debut store at High Street Phoenix Mall, Mumbai. Today, the iconic brand is present in 18 cities with 34 stores across India, including newly opened stores in Guwahati and Bhopal. The brand has 108 stores in total across the globe.

Commenting on the launch, Karandeep Singh, Business Head, Hamleys, says, “Hamleys is the oldest and most renowned toy shop in the world and has become the largest toy retailer in India since its inception in 2010.  Hyderabad is at the forefront of our expansion plan in the country and it gives me immense pleasure to announce the launch of our second store in the lion city and 34th store in India. Located at Central mall in Punjagutta, we are excited to offer a varied range of iconic products and hope to delight the little ones with our in-store entertainment and world class toy offerings.”