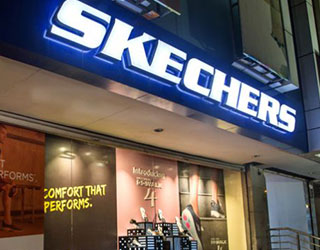 In a bid to expand presence in Indian market, Footwear maker Skechers USA Inc has bought out Kishore Biyani-led Future Group’s 49% stake in its Indian joint venture for an undisclosed sum.

Skechers is looking to rapidly expand its retail network in the country. With this deal, Skechers India has become a wholly-owned subsidiary of the American footwear major.

“Few markets match the potential for growth of India, which is why we entered the market initially, and why we recently decided to purchase the minority stake in our joint venture,” Skechers Chief Operating Officer David Weinberg said in a statement.

While both the companies have not disclosed the deal value. However, The Economic Times reported, citing official it did not name, that the company paid Rs 580 crore for the 49% stake.

Skechers has 233 retail stores in India. Of these, 61 are owned and operated by Skechers while the remaining are third-party owned. Reportedly, the footwear brand now plans to open 80-100 more stores in 2019. It entered India in 2012 through a joint venture with the Future Group.