Walmart to study FDI fineprint before setting up food-only outlets 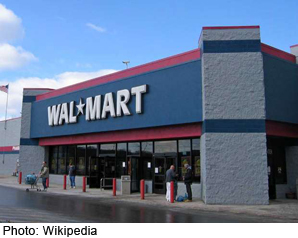 The world's largest retail chain, Walmart, is looking at the new regulatory environment for setting up food-only outlets in the country.

The government on Monday permitted 100 per cent foreign direct investment in retailing food produced or manufactured in India.

In an e-mail response to Business Standard, the company said it would study the final policy document before deciding on a course of action.

"The decision by the government to allow up to 100 per cent  FDI in marketing of food products is progressive. We will study the policy document when the government issues it,â€ said Rajneesh Kumar, senior vice-president and head of corporate affairs, Walmart India.

Walmart entered India in 2007 in partnership with Bharti Enterprises to operate cash and carry stores under the name of Best Price Modern Wholesale.

In October 2013, Walmart dissolved the partnership and went into the wholesale business on its own, as 100 per cent FDI is permitted in cash and carry.

More than 95 per cent of the merchandise sold in Walmart's 21 cash and carry stores in India is sourced locally.

"Through our Direct Farm programme, we are building a differentiated supply chain. Walmart also has a global sourcing office in Bengaluru,â€ added Kumar.