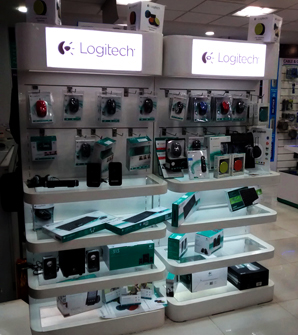 Logitech, the popular electronic gadget brand, recently installed impressive and neat signages in its retail mobile stores in the entire east zone, in cities like Kolkata, Bhubaneshwar, and Guwahati. Klik Advertising has executed the entire job on a turn-key basis.

Rahul Ghosh, Director, Klik Advertising, said: "It has been designed in such a way as to aesthetically match with new Zen mobile profiles and attract the end-customer in an MBO.   We have used different kinds of materials like MDF, acrylic, glass, CNC cutting and engraved MDF,  Duco-paint, etc. Basically the sizes of the signage is limited to a maximum of 8'x4' ft. We used LED on the branding part and also at the bottom of the racks. This project was given to us by DDB Mudramax.â€

While mentioning the challenges faced during the execution, he said, "Execution is always a great problem in the retail space. Basic problem was that we had to carry out the job in a running store. So we were only permitted to do our job at night when the stores were closed.â€
Tags : Logitech Klik Advertising
Advertisement 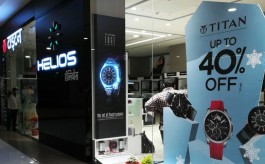 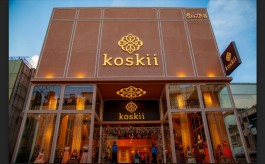