On the 30th anniversary of Economic Reforms, a look at what liberalisation means today for the Indian consumer and for Indian retail as a whole. It was  a typical Sunday morning indulgence - filter coffee  with newspapers to consume at a leisurely pace. Bangalore’s butter soft sunshine seemed to spread evenly through the slow, quiet  moments in golden langour. It was the perfect moment for nostalgia. Newspapers and news websites were full of the 30th anniversary of the Economic Reforms and my mind reeled back to July 25th 1991. What was I doing back then? Was I aware then that the country was about to embark on something momentous, the benefits of which I was to enjoy in the years to come? Well, in 1991 I was a teenager, and in my world steeped in rock music, English literature and heart breaking crushes, economic reforms could have been happening in another universe for all I cared.

Thirty years down the line and I am among the millions of Indians who have taken the luxury of choice for granted  - choice in terms of what to buy, where to buy and how to buy, thanks to that momentous decision taken years go. It was a decision that threw open the doors in a broad sweep of liberalisation. No doubt, economic compulsions back then necessitated the decision. The Indian economy was faced with a historic challenge with a major balance of payments crisis and some bold steps were the need of the hour. But over the years those steps culminated in something big. For one, with the freeing up of import tariffs, the relaxing of the ‘Licence Raj’, so to say, and the deregulation of the market, India began to emerge as a major economy, with international brands setting up shops in the country.

Much of the growth has continued through succeeding governments, driven by the inevitability of change. Today the way Indians shop, consume and experience products and services is a far cry from how they did these about two decades ago .  The Indian consumer today is an interesting challenge for any brand worth its product.  With a wide  variety of choice  and access to product information and with the social media space enabling reviews and experience sharing, the consumer seems more empowered than  ever before. But the same factors also enable brands to influence purchase decisions in a variety of ways. This is also aided by the fact that brand loyalty today is a beast that’s fast getting extinct.

According to a Nielsen report, ‘Understanding the New Indian Shopper’, sales worth $ 20 billion can be “swayed every year  with promotions  and offers , formidable online presence and quality interactions”. It adds that  one in three FMCG shoppers goes online first and then heads to stores to buy and almost half of all automobile  consumers in the country take the ROPA (Research Online Purchase Offline)  route . The influence of the digital space is estimated to be around $14 billion and this was nearly five years go .

The pandemic  has only reinforced the role of the digital space. The pre-90s generation might indulge in nostalgia for the charming old days when shopping meant a visit to the market and  a ‘shopping complex’ was a neighbourhood’s sign of modernity. They might  bemoan the loss of the personal touch to shopping and wonder at the safety of online payments. But give them the choice of the convenience of shopping from their smart phones, and they would gladly grab it. Again , the pandemic  has made us aware of the remarkable range of things that can be done without stepping out of our homes, using only the digital space.

So what does all this mean for brands operating in the retail space? After all, retail is one of the areas where the state of the economy can be best witnessed. It would appear that the very definition of retail  is undergoing a shift - no longer just a brick and mortar space where transaction happens, but any point of interaction, virtual or physical,  between a consumer/shopper and the brand.  It would perhaps also be the right time to re-look at  the whole question of shopper versus consumer and perhaps redefine  the concept of shopper marketing. The reassuring thing is that we shoppers/consumers are also social and sentient beings.  We don’t just crave convenience. We also crave a social/community experience and  one  that fulfills all our senses. So how well brands  can fulfill all these needs without compromising on our need for convenience will define their success in the retail space.  As former Prime Minister Dr Manmohan Singh said quoting Victor Hugo, while speaking of the economic reforms he helped formulate, ‘No power on Earth can stop an idea whose time has come’. 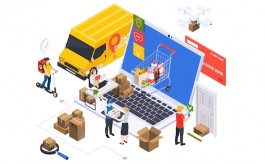 Will logistics and supply chain be the game changer for retail in 2023? 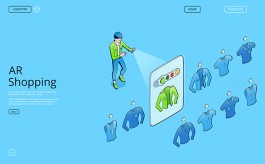 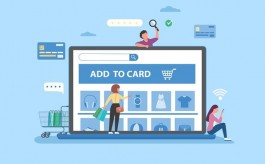 Which ‘window’ shopping are we talking about?