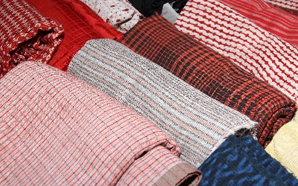 While its larger unit Madura Fashion & Lifestyle, which retails brands such as Louise Philippe and Van Heusan, saw dip in net sales and EBIDTA, its department chain Pantaloons seems to be inching closer to profitability four years after it was acquired from Kishore Biyani's Future group.

ABFL was created after Madura was merged into Pantaloons Fashions last year.

However, reacting to the results, ABFL stock dipped 6% today.

The company termed the Pantaloon's performance ''the best ever Q1 since its acquisition''. Pantaloons posted a record like to like growth of 16% in the Q1 of FY 17. Like to like growth refers to growth coming from stores which has been in the business for a year or more.

"Apparel market is currently characterized by deep discounting and continuous promotions, impacting profitability of the industry," ABFL said about Madura.

"In the short term, this strategy would result in lower sales and profits, but would create a more 'profitable' business going forward. Q1 results reflect the impact of this strategy," it said.

ABFL said it rationalized the retail network by shutting down 76 stores under Madura stable to improve the network health. "We have rolled out Omni channel features across 100 stores in June and will roll out across 400 stores by Q2 FY17," it said.

"We expect the strategy to start resulting in improved revenue and profit trajectory from H2 FY17," it said.